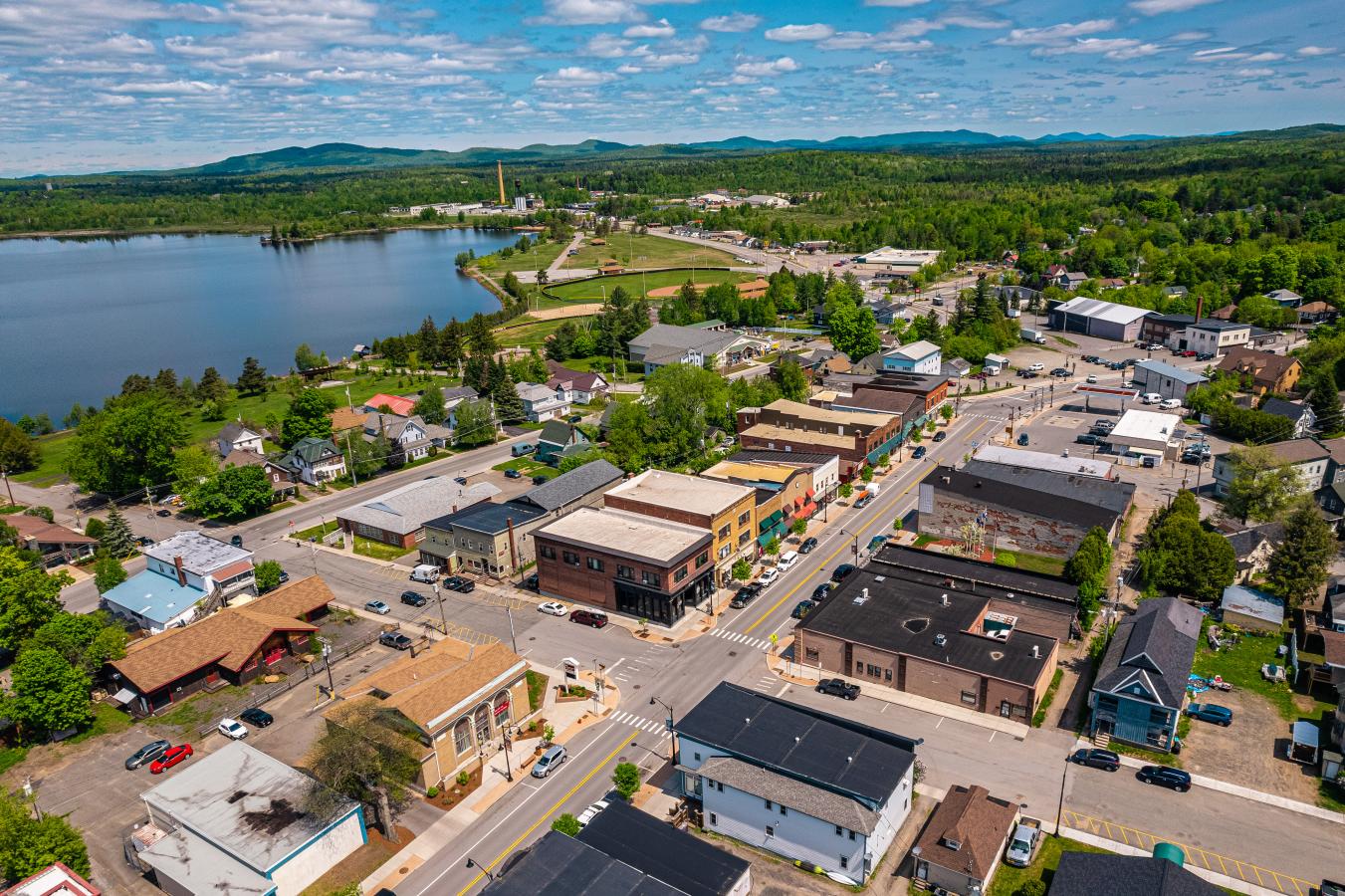 For years, the former Oval Wood Dish (OWD) factory sat vacant on the shores of Tupper Lake. It took Joe Gehm, a developer from Syracuse, with a vision for bringing it back to life—and help from Adirondack Regional to make it happen.

Joe Gehm knows: You can’t get far on a $30 million project without a good team behind you.

For Gehm, whose Syracuse-based firm is spearheading the redevelopment of the long-vacant Oval Wood Dish factory in Tupper Lake, that team includes Hueber-Breuer Co., a seasoned construction company that’s helped get several other projects across the finish line. It also includes Housing Visions Inc., a non-profit partner that has a diverse track record of revitalizing communities throughout New York.

And it includes Adirondack Regional Federal Credit Union, which provided a commercial mortgage to purchase the property.

Investing in Our Local Communities

It’s been a year since Gehm’s firm, Lahinch Group, closed on the 110,000-square-foot OWD plant that once made everything from bowling pins to tongue depressors. He credits the credit union for coming through with a real estate loan at a difficult time.

“Extending a loan during COVID was no easy task,” said Gehm, who worked closely with credit union CEO Russ Cronin to navigate a challenging timeline to close the real estate deal. Even without a pandemic, it takes a lot of work to assemble the permits and tax credits needed to make a large project fly. In the middle of a pandemic, it can take even longer than usual.

Large banks see that kind of uncertainty and pump the brakes. But not Adirondack Regional FCU.

Russ was understanding of our needs and so welcoming, and it was easy to see that working with the credit union was the right direction to go

said Gehm, whose firm has completed four major projects and has eight more lined up. With Adirondack Regional FCU, the whole process has been seamless, he said, from the small—getting checks, setting up online banking—to financing the acquisition loan itself.

Smaller institutions such as Adirondack Regional FCU can be easier to work with than larger banks simply because there’s less red tape to get through. But they’re also more community-focused. And on a project like this, that kind of support goes a long way.

When you approach a regional bank, they won't necessarily see and feel the community impact a project like this will have in a place like Tupper and the Tri-Lakes.

said Gehm, who credited local support from everybody from Tupper Lake’s mayor to the Franklin County Industrial Development Authority as key to getting started.

“I think everybody just came to the table and said, you know, we have an opportunity, finally, after so many years of this property sitting vacant,” said Gehm, who recalled driving by the property as a teenager when he’d drive to the Adirondacks every summer from Central New York. “Now everybody's got to step up.”

What will be in the OWD Factory?

A year after buying the OWD property, Gehm said Lahinch is finalizing plans for the property, which will include 80 apartments, 5,000 square feet of retail space, and a 20,000-square-foot production line for Tupper Lake's Raquette River Brewing.

Eventually, he plans to build more local housing, and maybe even a hotel, on the 20-acre site. More than that, though, he expects the project to be a catalyst for further revitalization.

I’d like to see other outside investments come in. Lake Placid and Saranac Lake have seen that. Now it’s Tupper Lake’s time to realize this opportunity and capitalize on the assets that make this a great place to live and work.